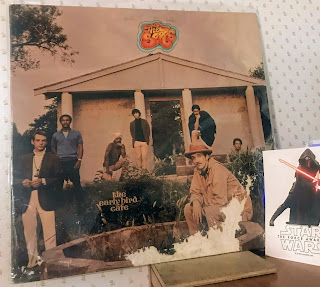 "The Early Bird Cafe" - The Serfs (1969)
I love the album Mike Finnigan did with The Jerry Hahn Brotherhood.  And I certainly dig his under-appreciated Finnigan and Wood project.  So even though the front was torn to shit, I grabbed it.
The square was found amongst a lot of other $2 and $3 albums and I was curious yellow.  The album is a bit of a soul-rock-funk get-together.  And it's not a bad listen at all.  But nothing really stood out either.
Two of the tracks would later find their way onto the excellent The Jerry Hahn Brotherhood album (1970) the following year.  And find a much better home there.  Of the three covers, Dylan's “Like A Rolling Stone” is the one I enjoyed most.  The Serfs also give Miles Davis' "All Blue" a run which is cool.  And they do no harm to the oft-covered "I'm A Man."  The Serfs can certainly bring it to the house, but as talented as they are, they never quite find their own identity.  It's like jam night at the Ricardo’s.  So what does all my jabberwocky really mean?   It means you might like this album more than I did.  It just wasn't my thing. 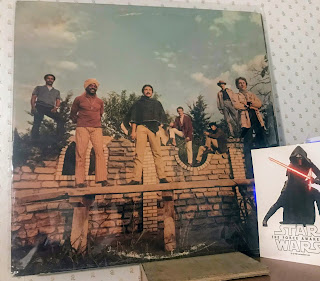 "The Early Bird Cafe" - The Serfs (back)
Not much online from The Serfs to stream.  Favorites include one of the better versions of  "Like A Rolling Stone" and "I'm A Man" is fun and furious.  And the title track and "Time's Caught Up With You" are both enjoyable spins.  There were better things yet to come from Mike Finnigan. 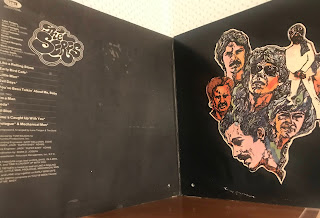 "The Early Bird Cafe" - The Serfs (inside gatefold) 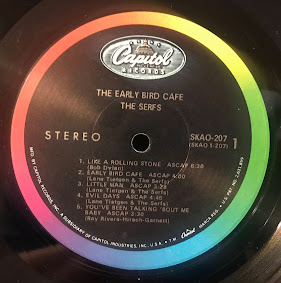