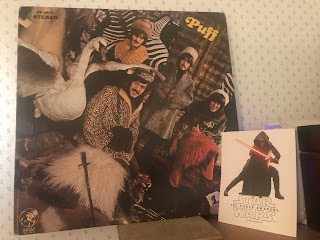 "Puff" - Puff (1968)
It was the last day for me to use my 15% discount and all the really good stuff looked like they had been pulled from the used record bins. Disappointed and in a hurry, I came across Puff's self-titled square for $10.  Band...unknown.  Album...never seen.  I was hoping it might be some early psych and that's exactly what it is.  Pop-psych with a couple of fuzzy psych breaks and a few floaty tracks to mix it up.  A little flute here and there, as well.  All really good and with enough trippy goodness to please the psych pallet.  From front to back, Puff was a surprisingly solid spin.  The songwriting is top-notch, too.  Clever and catchy, with each song bringing something a little more than you first expect.
Before Puff...the band was known as The Rockin' Ramrods, a more garagey, almost proto-punk band out of Boston and, along with other Boston bands like The Remains and The Barbarians, were quite popular.  Here they took a different approach. 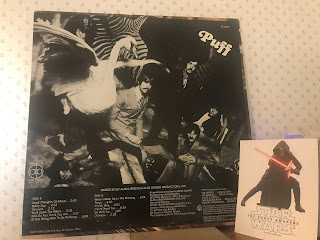 "Puff" (back)
Favorite tracks include the fuzzed-up "Of Not Being Able To Go To Sleep" and the floaty, head spin, "Changes."  "Walk Upon the Water" is a groovy, flutey kinda worm thing.  And the wonderful "Dead Thoughts of Alfred" is pure pop-psych goodness. This was to be Puff's only album and it's an especially nice contribution to any psych shelf.  Price-wise, Puff's self-titled offering is still flying under the radar low-dollar...so if you find it cheap, I suggest you grab it. 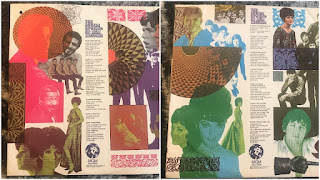 "Puff" (front and back MGM sleeve) 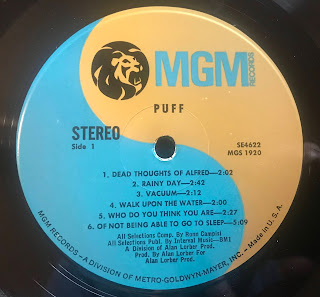