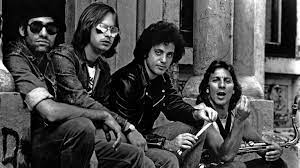 "There were a lot
of musicians that couldn't
get off those dark roads."
~ Liberty DeVitto ~
One of the oxymorons of a great drummer is the ability to make a good song better without getting in the way.  For over three decades, drummer Liberty DeVitto pounded the drum gates for Billy Joel.  And for 30+ years, these two shared a bit of the mind-meld synchronicity that allows singer and drummer to seamlessly connect.  The kind of mysterious hoodoo voodoo that only comes along with talent, tenacity, and a whole lot of time spent together.  From "Turnstiles" to the piano man's last studio album "River Of Dreams."  Nine multi-platinum studio albums during this stretch, not to mention the multi-platinum live albums that have been delivered.  Liberty DeVitto.  Go get you some.
Liberty DeVitto Interview -- April 2021 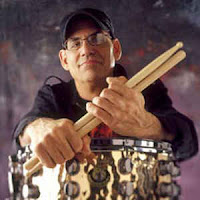 Liberty DeVitto
Casey Chambers:  In February of '78, you guys performed on "Saturday Night Live" for the very first time.  How was your experience?  What was happening at that time?
Liberty DeVitto:  Well, "The Stranger" album had just come out.  And "Saturday Night Live" at that time was the greatest launchpad if you had just released a new record.  So it was a promotional thing.  Everybody watched "Saturday Night Live." That was with the original cast.  And I believe the first song we did was "Only The Good Die Young."  And then "Just The Way You Are."
Casey Chambers:  Live television.
Liberty DeVitto:  Yeah, and we were getting ready, you know?  They said, "Places everybody."  So we got set behind our instruments and the clock was counting down. They were really counting down.  '30 seconds. 29..."  And something went wrong with the keyboard.  Billy's electric piano.  The technicians were running over to fix it and Billy was freaking out.  And John Belushi went over to the piano and said, "Look, Billy.  Just relax, man.  Don't worry about it.  If you blow it...you blow it in front of 20 million people."  And then he just walked away. (laughs)  But it all went great.
That was also the night that Chevy Chase came back to host after he had left the show.  And they always do a run-through.  A full-on show with an audience before actually doing the live broadcast.  And that night Chevy Chase and....oh, what's that really funny guy's name?  He was in "Caddyshack."  Bill Murray!  Chevy Chase and Bill Murray had a fight because Bill Murray wrote a skit that really made fun of Chevy leaving the show and how he hadn't done anything since.  They had a fistfight and had to call the police in.
Casey Chambers:  Holy schnikes! (laughs)  Did you see all this going down? 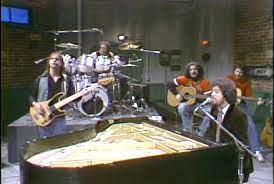 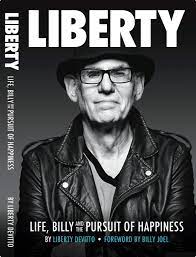 "Liberty: Life, Billy, and the Pursuit of Happiness"
Casey Chambers:  That's great.  I'll add a link where fans can get their hands on it.  Before you go, what's an album or two in your collection you really enjoy spinning?
Liberty DeVitto:  I mean, The Beatles for one. Any of their albums. "Rubber Soul."  There are two versions of "Rubber Soul."  An English release and an American release.  I think the American release has "I've Just Seen A Face" on it.  And "Rubber Soul" in England might not.  If you're into songwriting, that's what you need to listen to.  If you're into drumming, any album by Cream or The Jimi Hendrix Experience.  Those albums.  There were just some great drummers back then.
Casey Chambers:  Mark it!  Thank you so much for hanging with me this evening.  It's been an honor.  And thanks for all the great music you've laid on us.
Liberty DeVitto:  Well, thank you, Casey.
Liberty Devitto Facebook
"Liberty: Life, Billy,  and the Pursuit of Happiness"
The Lords of 52nd Street
Good stuff.
Casey Chambers
Follow Me On FACEBOOK
Posted by Casey at 11:21 AM