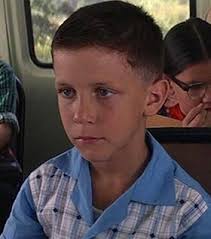 "There's a lot of benefits.
But there's also a lot
of fallbacks, too."
~  Michael Conner Humphreys ~
He was just eight years old when Michael Conner Humphreys was cast as one of the most iconic characters of all time in one of the most iconic films of all time...“Forrest Gump.” (1994)  The movie won the Academy Award for Best Picture of the Year while stacked up against equally powerful films...“Pulp Fiction” and “The Shawshank Redemption.”   And after the filming was over and the dust had settled, Michael decided he'd had his fill of longline auditions and just wanted to be a regular kid again.  And so he walked away.  He finished school.  He chose to join the military, serving in the Army, and among other things, worked a dangerous tour in Iraq.  Presently, Michael Conner Humphreys' life has come full circle...finding him diving back into the acting pool...honing his skills doing theater and stage, and studying the craft.  There's still quite a bit of truth in the oft-quoted saying..."Life is like a box of chocolates..."  Michael Conner Humphreys.  Go get you some.
Michael Conner Humphreys Interview -- February 2021 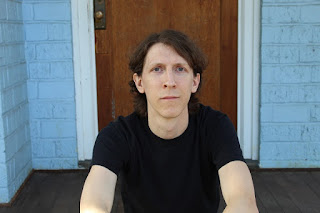 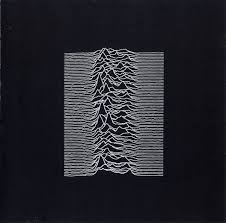 "Unknown Pleasures" - Joy Division (1979)
Michael Conner Humphreys:  Well, I'll tell you right now.  I've got two.  One of my lifelong favorite bands is Nine Inch Nails.  I've always loved Trent Reznor and anything he does.  Always been one of my faves.  So, always worth mentioning there.  And also, I just discovered Joy Division last year.  They're an English band from the late '70s and early '80s.  Post-punk.  They call it post-punk.  They only had two albums before their singer committed suicide.  He was an epileptic.  He had a bunch of depression issues and whatnot.  They were only around for a brief period, but I've heard them referenced a million times by other bands and artists.  I was always like, 'I really need to check them out.'   And then last year, I started listening to them and I swear to God, they don't have a single song that has not been copied a hundred times by somebody else.
"Shadowplay" - Joy Division / "Unknown Pleasures" (1979)
They are up there with your David Bowie's and your Pink Floyd's and your Led Zeppelin's and Rolling Stones. When the story is all said and done, they will be at the top of the list of one of the most influential bands ever.  Yeah, they're worth a listen if you've never heard them.  As far as an album goes, "Unknown Pleasures." (1979)  That was their debut album.  I mean, you can't find a song on there that's not just insanely...I don't even know what the word is for it, man.  It's just influential and creative.  It's just everything it has to be. Just amazing.
Casey Chambers:  You're making everybody want to grab their copy and give it another spin.  Good stuff.  Thank you so much for hangin' out with me this morning.  It's been a lot of fun and I appreciate you taking the time.  Stay safe out there and hope to see you soon.
Michael Conner Humphreys:  Yeah man, absolutely.  Thank you.
Michael Conner Humphreys Facebook
Good stuff.
Casey Chambers
Follow Me On FACEBOOK
Posted by Casey at 4:45 PM

Casey,
I really enjoyed this interview.
I always like seeing the then and now pictures.
Very interesting how studying theatre and acting is helping him with his PTSD.
Good choice of person to interview!
Keep up the good work, Casey.

Thanks! Acting helps with PTSD. What a great way of taking lemons and making lemonade.
And how cool when we see him back out in front of the camera as well.
Michael Conner Humphreys was so forthcoming and down to earth.
A fav interview, for sure. ~casey