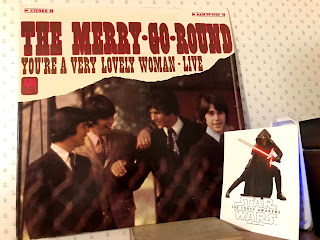 I passed on The Merry-Go-Round on a few occasions simply because I thought the music would be a little too bubbly for my taste.  Too sweet.  But I was way off base.  The Merry-Go-Round made a tasty pop-flavored...folk-rock album that offers up the kind of attention one might expect from Lennon-McCartney.  And yet, The Merry-Go-Round pull off their own vibe.  Emitt Rhodes, who just recently passed, was writing and singing good stuff even as a teenager.  There's nothing jaw-dropping, but the songs do have a maturity that impresses especially for the times.  This, their lone album is not a must-own, but it can still be found cheap and I recommend picking up your own copy.  A bonus is that the record sounds better with every new spin.
Favorites are "You're A Very Lovely Woman" which was a minor hit for the band...and way too good for Top 40.  I love the dark, brooding flavor the song offers and it bears no small resemblance to another song released later that same year by psych legend Love on their "Forever Changes" album.  What does that mean?  Only that music is a funny thing.  This is by no means a psych album, but the unusual track, "Time Will Show the Wiser" is a smart song to fall in love with.  I also really dug the gorgeous "Had To Run Around" with great harmonies and a neat arrangement. Good stuff.
My copy is an unexpected white promo label and looks like it's been played only a handful of times.  On the back cover, there is an "AUDITION RECORD" stamp.  I was lucky to rescue this square from one of my favorite go-to sources out in the wild affectionately known as "Garageman G” and for only one machine-washed Hamilton. 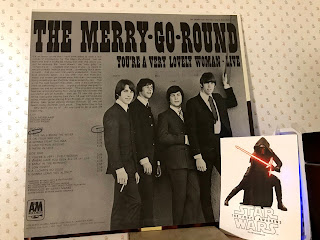 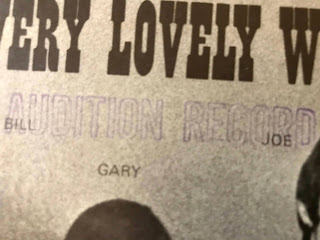 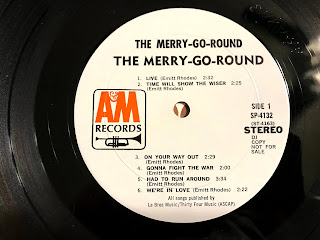 Labels: TCCDM Pulls One Out