TCCDM Pulls One Out..."What Were Once Vices Are Now Habits" - Doobie Brothers (1974) 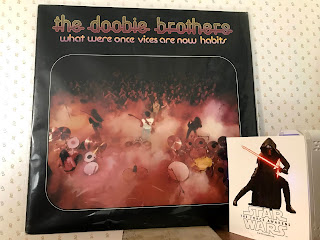 Bars and Bikers.  Hippies and Stoners.  Tats and Ties.  They all think The Doobie Brothers are "righteous dudes!"  And they're right.  The band has that familiar sound that instinctively Pavlovs some good times.  Like when you hear Fogerty, you just know.  Get outta the house.  Go for a drive.  And the band's "What Were Once Vices..." their 4th album, is a great outside album.  I was more than friendly with the wonderful, but over-played "Black Water," however it was "Another Park, Another Sunday" that I fell in love with.  For whatever reason, that song just takes me.  It's a bit atypical, but Tom Johnston and the rest of the Doobs don't let the song get away.  And whenever I hear it on the radio, I turn it up.  But it wasn't until listening to the record in its entirety that my appreciation really grew.  On my first spin, I thought it was okay.  I enjoyed it.  On my second lap around, I was thinking this one rivals..."The Captain."

There are many deep cuts and gems to be found here.  "Pursuit on 53rd St." and "Spirit" are Doobie joys.  As is the charting, but lesser-known, "Eyes Of Silver" which I had no idea was hiding on this album.  The Patrick Simmons penned, "Tell Me What You Want (And I'll Give You What You Need)"...is a mellow Eaglesque gem and another welcome surprise.  Finally, the closing tracks "Daughters of the Sea" that segues into "Flying Cloud" is nicely done.  "What Were Once Vices..." can be found everywhere and it totes a low dollar.  My copy tapped out at $5.00 and it came with a beautiful 11.5" x 23" color foldout poster. (see below)  Something I wasn't even aware of until I got home.  Anyway, I can listen to this stuff all day long.  A good pick up for the pocketbook. 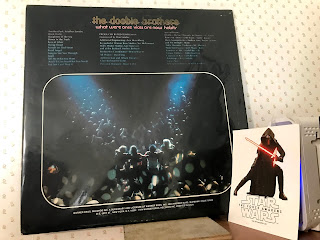 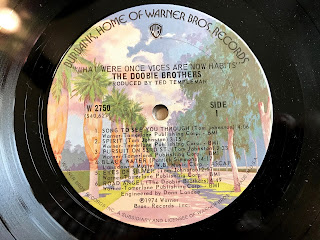 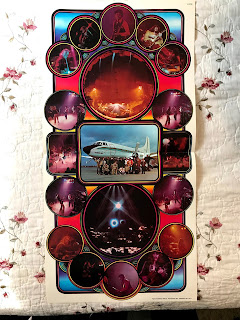 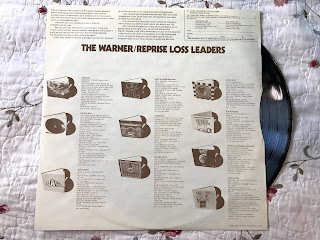 "What Were Once Vices..." (WB company sleeve)