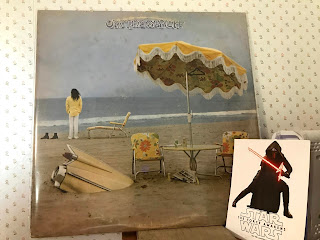 "Sooner or later it all gets real."  I skipped over "On The Beach" more than once before finally pulling the trigger and taking a copy home.  I'm really glad I did.  This was his 5th album.  Neil Young was still a relatively young man.  It was 1974 and he was angry, scared, depressed, and a bit high.  Everything on here hits close to the nerve.  And it's all worth your time and money.  The opening track "Walk On" is a response to Skynyrd and critics in general.  "See The Sky About To Rain" is a beautiful song that's familiar in a good way.  My favorites are the deeper tracks.   "Ambulance Blues"...is a 9-min rambling of word-play that I really dig.  And the beautiful despair heard in the title-track is some heady stuff.  And "Revolution Blues" is a crunchy and anger-filled jam said to have been very much Manson inspired.

For the longest time, Neil refused to allow the album to be reissued or even made available on CD.  It's not a terribly expensive album to own, but it is becoming harder to find.  I think it's because people tend to hang on to this album, once they have it.  My copy set me back $15 at a Wichita swapmeet.  I've seen it go for more.  My copy has "C. Stevens” written in cursive located in the matrix.  I could find no mention of this on Discogs.  One other cool feature is the flowery inside jacket matching the lawn chairs on the album cover.  "On The Beach" has a reputation for being a downer of an album, but it's not that way to my ears.  Everything works.  Like a wake-up call from a forgotten alarm.  Don't sleep on this one. 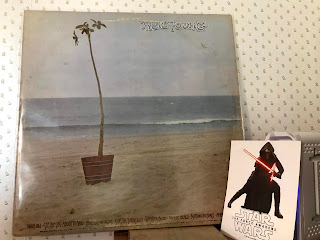 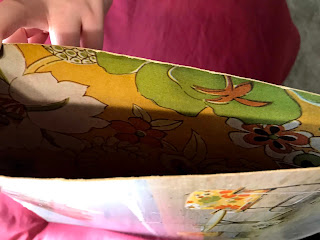 "On The Beach" (inside cover) 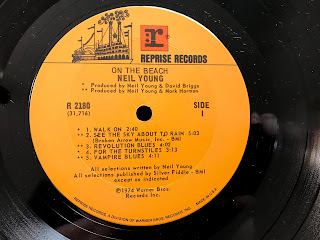 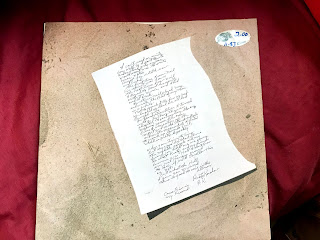 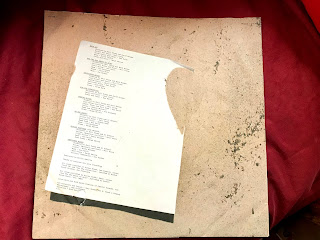 "On The Beach" (sleeve back)