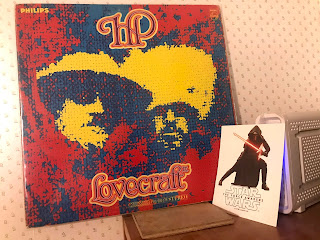 This was to be H.P. Lovecraft's 2nd (and last) album.  It's filled with mostly chill folk-psych with some electric keys tapping the brush in spots.  The lyrics have very much the spin of the times and the words are carried along in an almost foreboding manner.  Every song has been lightly dipped in psych dust and it's a moody little biscuit, at times, but it never gets boring.  Often, the vocals reminded me of a young Marty Balin and I was totally cool with that.  I dug it, actually.  "HP Lovecraft II" succeeds in feeding the head on a late-night bender.  And with a pair of comfortable headphones, it's bonus.  My favorite songs are "At The Mountains Of Madness"..."It's About Time"...and "Electrallentando."

The band members were from Chicago, but they recorded this square in L.A.  The band quickly fractured into pieces shortly after this release.  The album cover is a gatefold unipak with tracks and credits listed, band shots, and some vintage psych artwork inside. 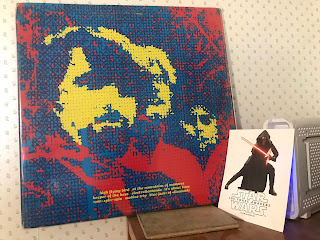 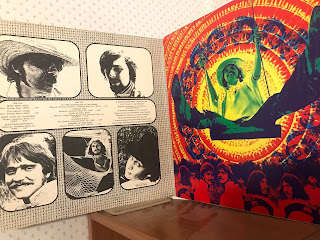 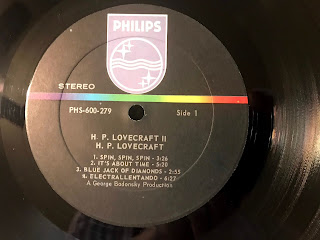