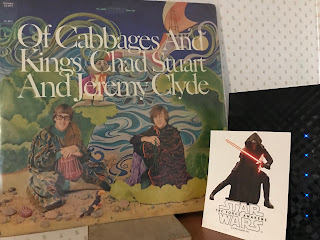 Until I heard this album, I felt mostly indifferent about Chad and Jeremy.  Pleasant chaps. Nice vocals.  "A Summer Song"..."Yesterday's Gone" and all that.  But I saw them as being rather...dull.  But that was before the unlikely duo released..."Of Cabbages And Kings." (1967)  The year of "Sgt. Pepper."  The year C & J hooked a ride on the psych-train.

Side one is almost perfect.  A tasty collection of folk and baroque psych.  Side two is "The Progressive Suite" divided up into 5 movements.  It is the more ambitious.  You'll hear a cacophony of instruments and sounds...from the familiar plucking of the sitar to a ping-pong ball being paddled back and forth.  And with lyrics both earnest and kinda silly, it all pretty much works.  I loved it.  Well, most of it.  A couple of songs from side two would've been better served with less tricks from the carrot-top box.  But it was a time for trying new things so even that can be forgiven.  It's a great little snap shop of the times. I had Chad Stuart and Jeremy Clyde pegged all wrong.  Those guys had been cooler than flip all along.  This is pretty good stuff.  I've read their follow-up album..."The Ark"...is even better.  One to keep an eye out for. 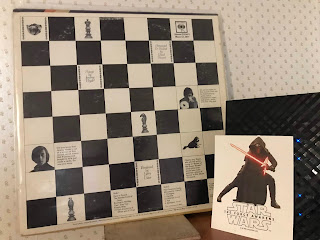 "Of Cabbages and Kings" (back) 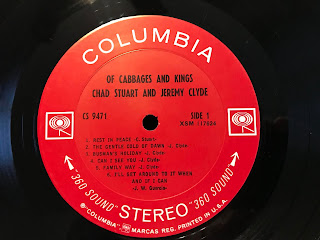