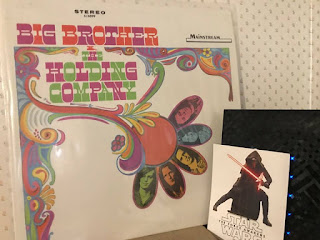 I'd been looking for a copy w/o Janis Joplin's name on the front cover and this one is a really clean copy.
This is notable for being Joplin's introduction to our ears and she fronts on a few songs but this is very much a group effort.

There's plenty of vocal interaction between the band members and Janis and it's a joy.  This album has more of a Country Joe and the Fish vibe than what would follow, but they're definitely working it out.  The band sounds really good. 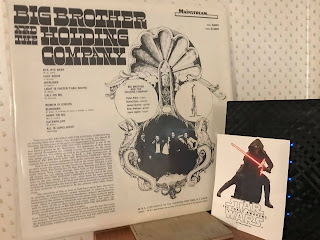 But clocking in at 23 minutes, the album is really short. There are a couple of tunes where a good stretch would have been more than welcome. Nonetheless...I enjoyed all of this record. 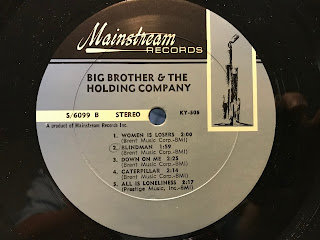 For Cherry-Pickers:
"Call On Me"...fantastic Ms. Janis frontin' like she does.
"Light is Faster Than Sound"...groovy psych.
"All is Loneliness"...the lost gem closing track. Psychy, w/vocals trading back and forth. Good stuff!
"Easy Rider"...very Country Joe. Janis' backing vocals are a giggle treat!