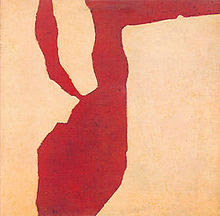 
Graham Parker has been featured at The College Crowd Digs Me a time or three...and here is another underrated cream of a gem.

Unfairly labeled..."the poor-man's Costello" ad nauseum, GP's music is equally as clever and arguably more interesting...taking off from a different airport and top-gunning the towers on his terms.

Lost Gem:--> "Empty Lives"...is an arson fueled indictment on the plethora of sleep-walking media zombies and leeches. Delivered with angry kiss-my-ass urgency and cranked by the blistering backing band...The Rumour. (Sadly the band would break-up a few months later.)

I missed the late-night show "Fridays"...but they did showcase some really good artists.  Below is Graham Parker and The Rumour with all their phasers on stun!
Have you heard this gem?


I'm just a tick in a box on a questionnaire
another moment that flashes into nowhere
a brand name on a pill that get's you there, ah ah ah ah
I'm getting nothing and expecting oblivion
the past ain't even worth livin in
its just a nail that keeps being driven in ah ah ah ah
I'm cold blooded and completely relaxed
I'm breaking legs and avoiding the facts
on the up escalator going down all the cracks, yeah ah ah ah
You are the dummies of another frightened nation
I am a candidate for elevation
but when i woke up this morning I'd lost all sensation
all sensation

Be obedient, there is no escape
Forms to fill, time to kill love death and rape
Sleep baby sleep, don't let nothing awaken you.
Don't look for tomorrow, it's given you the slip
that's all contained on a silicon chip
I'm losing shape for the eighties feeling everybody's grip slip
Just there waiting to be filled
with someone else's stronger will
Just can't reason to survive
with empty empty lives.