NO SPOILERS:
"Americans have been trained by media to go into Pavlovian giggles at the mention of...conspiracy." Gore Vidal.

And isn't that the common knee-jerk reaction we get...when suggesting that our own government just might be covering up something?

Richard Belzer is not ranting that..."everything"...is a conspiracy in "UFOs, JFK, and Elvis...". (He's not ranting at all). Only, that we...as "Citizens of the Earth"...not bury our heads in the sand.

In this top-notch, highly readable and completely fascinating page-turner...Belzer first focuses on the JFK assassination. Well researched, (with quite an extensive bibliography included), Belzer discusses all the peculiar events leading up to and following this sad day. All the various players and motives are discussed with no stones left unturned.

Whether you're new to this information or a seasoned historian...Belzer introduces the many unanswered questions, facts and theorys in an exciting and convincing manner.

The subject of UFOs are tackled next...along with extraterrestrial life and the Apollo Program with Belzer introducing thought-provoking information from various well-respected citizens and documented reports.

Richard Belzer smartly shares his passions without ever venturing over-the-top and quite simply puts together a fascinating book that will either make you pause (as it did me) or merely have you burying your head into the proverbial sand. Good stuff!

Of course, RB is better known for his stand-up comedy and as Detective Munch from TV's "Homicide" and the long-running "Law and Order" series.
Richard Belzer...making the world a more interesting place. Good stuff.

AND ANOTHER THING:
Archaeology (1996) by The Rutles is an absolute gem.
Inspired by The Beatles...each song is lovingly filled with all the quirky...sounds...strange chords...odd words...french horns...rhythms and vocals that create brilliant original songs that echo with a Beatle-lovers familiarity.

The Rutles (w/friends) singing "Shangri-la".
Let me be very clear. The Rutles were never a joke. These songs are genius.
Good stuff. 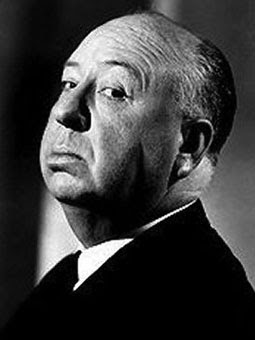 "Can you hear my microphone
singing to you darlin'?
As you sit all alone
by your gramophone?
Can you almost feel my heartbeat
in your lonely room?
Oh darling...you pray my face
will fit together soon."
Fabulous Poodles


I'm somewhat of a DVD geek. I watch everything included in my movie purchase. I'll watch the movie the first night...and all the added bonus features...the next.

Bonus features...for the most part...are a crapshoot. The majority of DVD extras are merely pedestrian at best. A sad DVD trend...ad nauseum.

However, occasionally the movie moguls get it right.

Such is the case with legendary director Alfred Hitchcock's ---> "Psycho" (Collector's Edition) (1960).

I'll assume all have seen (or heard) of this classic thriller and skip the obvious props...and get right to the impressive bonus desserts.

Along with the interesting ad posters and production stills...are the detailed story boards for the infamous shower scene. The storyboards serve as sort of a road map for how a director plans to get from point 'A' to point 'B'.

Universal also includes a fascinating 90 minute documentary of the making of Psycho. The doc is absolutely a 'must' to watch. 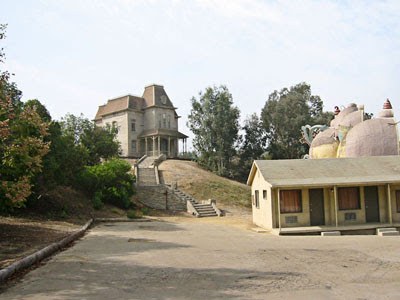 Bates Motel & Bates House @ Universal Studios
Best of all...is a seldom seen trailer with Hitchcock, himself, having an absolute field day...leading viewers on a tongue-in-cheek tour of the Bates Motel and infamous House on the Hill. The historical glimpse of Hitchcock...alone...is at the very least...worth a rental. But with all the well-done bonus features included with this heart-thumper...the DVD begs consideration as a worthy purchase. Good stuff.

AND ANOTHER THING:
Echoes In The Wind is a winning blog created by Whiteray (whose writing is some of the best you will find on the 'net).
A couple of his regular themes are his 'Baker's Dozen' & 'Saturday Single'...but what visitors will enjoy the most...are the details he shares about the songs and how they often played an often unexpected part in the course of his journeyed life.
A very different and sometimes personal musical perspective.
Good stuff.

Motel de Moka is a particularly original blog I look froward to visiting. The diverse offerings of songs have exposed me to music I would never have explored...and the brief excerpt from various pieces of literature always leave me feeling wiser, somehow. Good stuff.

The Leather Canary introduces a surprising variety of musical artists from all genres on his blog...and I always look forward to what's going to "trip his flip" next. Good stuff.

AND ANOTHER THING:
Want to make your visits to your computer less boring and more pleasant?

Desktoptopia is a FREE desktop background manager that automatically loads and displays fantastic and creative backgrounds for your monitor.

The program allows the user to set it for multiple or simply daily background changes. And one can select from a variety of random styles. (I selected all of them).

And perhaps best of all...Desktoptopia automatically detects your monitor resolution and loads only the appropriately sized wallpaper. None of that ugly stretchy or boxy wallpaper look.
Simply set it...and forget it. Check it out. Very nice.

AND ANOTHER THING:
The Fabulous Poodles were a British band that sounded like a cross between The Kinks and Nick Lowe. They toured with Tom Petty and The Ramones in the States while supporting their most popular LP..."Mirror Star" (1978).

The album is filled with ten hook-laden songs and all were foot-tappers. The title track was their biggest hit in the States...but it certainly wasn't their best song on the disc.

But, alas, it was not to be...and the Fabulous Poodles simply faded into that RnR footnote Hall-of Fame. Too bad. 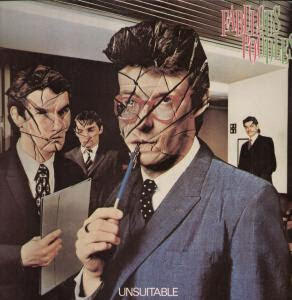 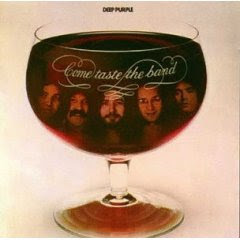 "In the beginning all you wanted
was the calm before the storm.
If the bluebird plays the eagle...
he finds his song will turn to stone."
Deep Purple

Many Purple Fans were thinking this classic rock band was...jumping the shark...releasing a Deep Purple album after legendary axe swinger...Richie Blackmore had departed.

After all...lead singer...Ian Gillian had left the band 2 years earlier...so surely it was time to move on.

But with David Coverdale handling most of the vocals...and the traveling minstrel...Tommy Bolin providing some tasty jams with his trademark Strat..."Come Taste The Band" was taking Purple Fans in a more hard rock direction.

Track 4 is "Dealer"...a solid number about the dangers of addiction.
"If you're snowblind...Madonna can hold you,
But if you don't understand...there is nothing she can do for you."
Coverdale nicely wails out warnings...until the two-minute mark...when Tommy Bolin breaks in to decree what would become...prophetic lyrics (see top of page)...before working his Strat to an almost desperate scream. Very nice!

Critics, however, declared this effort...the final "nail in the DP coffin". Hence, very little...if anything from "CTTB"...has been played on Classic Rock stations.

Fortunately...new ears are redicovering this tasty rock gem from 1975. And rightfully so. 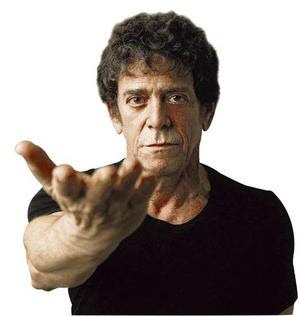 
Sometimes rock and roll is not pretty.

Exposing the underbelly of urban streets and the dingy rainbow emotions of the people who live them... never is.

But when expressed and described with brutally honest eyes...a ragged and weary beauty can still fight for its moments.
Lou Reed is a fighter.

Lou Reed gives us a dose of rock and roll reality. Never flashy or dripping with sickly self-importance like a Bono or Mellencamp...Lou Reed walks his own path...at his own pace.

When turning newbies on to the jagged mind of Lou Reed...I like to set the groundwork by recommending a variety of songs.

Here is a list of 12 fantastic Lou Reed songs to seek out and add to your ever-growing musical crayon box.


4) "Romeo Had Juliette" ------------------------- New York (1989)
"Caught between the twisted stars, the plotted lines, the faulty map
that brought Columbus to New York.
Betwixt between the East and West, he calls on her wearing a leather vest
the earth squeals and shudders to a halt.
A diamond crucifix in his ear is used to help ward off the Fear
that he has left his soul in someone's rented car.
Inside his pants he hides a mop to clean the mess that he has dropped
into the life of lithesome Juliette Bell." 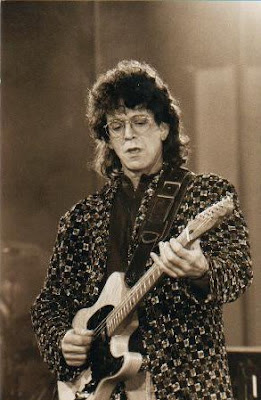 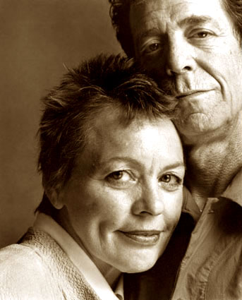 When putting together my all-time dinner guests...for a Steve Allen-like "Meeting Of The Minds" get-together...the black knight...Lou Reed will be at my table...(yes, he can bring his new bride, Laurie.)


Lou Reed. Always the survivor...in spite of and because of...his rebellious nature.