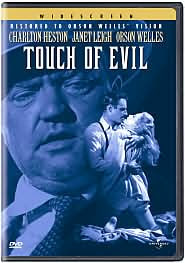 "She was coming flirty.
She looked about thirty.
I would have run away,
but I was on my own.
She told me later she's a machine operator.
She said she liked the way I held the microphone.
I said, my! my!
Like a spider to a fly."
Rolling Stones


NO SPOILERS:
Orson Welle's newly restored..."Touch Of Evil" (1958)...is one of the last of a dying breed of film noir...and quite good. A black-n-white snapshot of the seedy streets on a border town.

Before I sell this movie as some good late-night fodder for the buffs...let me briefly mention a few clinks in the armor I found annoying...if not unintentionally amusing.

1. Lead actor Charlton Heston is completely miscast as a Mexican detective. I couldn't help but expect Charlie to scream..."Let my people go!

3. Suzie (Janet Leigh) generates absolutely no sympathy as she gets...(almost)...what she deserves.

4. After an ungodly number of remarks from Charlton Heston prefacing every comment to his new bride with..."Suzie this & Suzie that"...I soon began thinking what a terrific drinking game we all could enjoy...by counting the numerous blubberings of...'that' name! 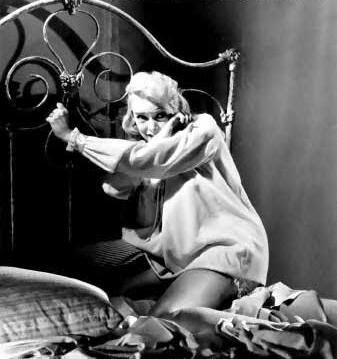 A "Touch of Suzie"...perhaps! (Janet Leigh)
But don't get me wrong, I enjoyed this film noirish flick...

The good stuff!
Orson Welles commands the screen as the wonderfully sloven and disheveled police Captain Hank Quinlan. You can almost smell his funk whenever he appears on the screen. Great performance. 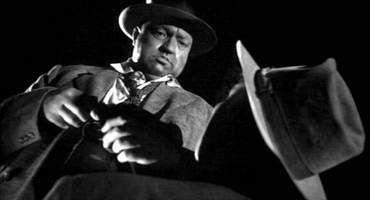 The 'FUNK' of Orson Welles
Welles wrote the script and, of course, directed this seedy pic himself. And there are several obvious Orsonish camera shots that will engage the viewer.

"Touch Of Evil" revolves around a border town where the American and Mexican government struggle for investigation control of an unexplained explosion.

Must See Moments:
The opening 3-minutes is a critically-acclaimed one take from Welles.

Watch for a young Dennis Weaver as the perverted motel nightman. (See also)

Catch the uncredited rock-n-roll rebel who bops his skull like a plastic bobblehead in every scene.

Play the drinking game...'SUZIE'. Throw back a long tasty swig whenever her name is spoken. (Better have plenty on-hand).

In 1965, The Rolling Stones were generating some dirty funky delicious nastiness that...for those uninitiated...will find a revelation.

"Out Of Our Heads" is beaucoup good...and should sit equally with...'Beggars & Bleed' from the sixties period. And easily vibrates speakers everywhere with some tasty Jagger/Richards rock'n'roll. 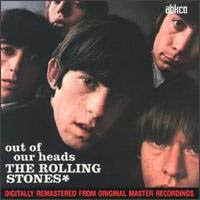 You will hear "...Satisfaction" with regularity from this disc (ad naseum)...but Classic Rock Radio tends to ignore the Stone's other tracks...opting for the proverbial radio hit. Not cool! Too much good stuff is ignored.

Thankfully, here in Kansas we have JT All Request.

Finally, one can easily see why 'bikers and greasers' (among others & no offense) gravitated to this brand of Rock. This music will get your hands dirty!
Good stuff!