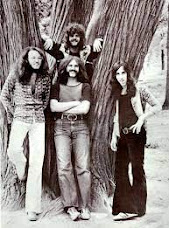 "...Your eyes
could steal a sailor
from the sea."
~ Looking Glass ~
Elliot Lurie was a singer/songwriter for the 70s band Looking Glass. The band recorded two albums and had a couple of hits along with a handful of deep-track FM cuts.  And as many bands are wont to do...Looking Glass called it a day and handed over the keys.  However, before cutting out, Looking Glass did leave us with the #1 hit song..."Brandy (You're A Fine Girl)."  Now there have been plenty of #1 songs that have climbed to the top spot faster.  And plenty of #1 songs that have stayed at the top spot longer.  But the list begins to thin when it comes to #1 songs that have had some real staying power years and years after their run.  And as the 50th anniversary draws to a close, the song "Brandy..." still remains an ageless and endearing wonder.
A song of unrequited love without all the drippy, maudlin sadness that often stains so many other attempts.  Every boy dreams of meeting a girl as loyal, faithful, and strong.  And every girl dreams of meeting a faithful boy of equal and honest measure.  This time the song gets it right.  A song everyone can sing along to...and without modesty.  Unabashed and unfettered.  Shakespeare in a bottle.  And Elliot Lurie gave us this one.  Elliot Lurie...Go get you some.
Elliot Lurie Interview -- November 2022 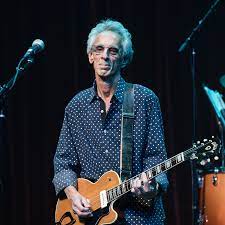 Elliot Lurie
Casey Chambers:  It's the 50th anniversary of Looking Glass' self-titled debut album along with the timeless and iconic song..."Brandy."  Let's start with how the band got its name.
Elliot Lurie:  I think that we were all sitting in my car trying to come up with a name for the group and we may have been slightly under the influence of something. (laughs)  And we started looking at the rearview mirror in the car and we thought, 'Well, we are sort of reflections of ordinary folks here, why don't we call ourselves The Mirrors?'  But then we said, 'No, that's no good.'  It was the psychedelic days and we started talking about how a mirror is just a looking glass.  And we all thought that was cool.  We'll do that.  We'll call ourselves Looking Glass.
Casey Chambers:  And you guys were all college rats, right?
Elliot Lurie:  Yeah, we were all students at Rutgers University in New Jersey when we met.  And we became a local band playing fraternity parties and local bars.  And that's how we got together.  We eventually got a manager and began making some demos.  And our manager brought them to Clive Davis and he liked them enough to set up a showcase for us at a club called the Cafe Au Go Go in Greenwich Village in New York.  And we played a set there for him.  After the set, he told our manager, 'Yeah, they're good. I'll sign them.' (laughs)   It was very exciting.  We really hadn't been looking for a deal for that long.  A couple of companies were interested, but you know, Clive's great.  And he was very enthusiastic and we were very excited to sign with him. 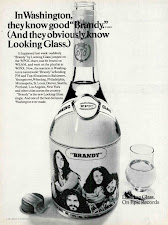 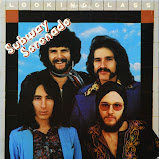 "Subway Serenade" - Looking Glass (1973)
Casey Chambers:  I noticed in the late '90s that you were the music supervisor on a pair of comedies that had originated from "Saturday Night Live."  I think that's pretty cool.  What do you remember about doing those?
Elliot Lurie:  Those were both fun movies to do.  I came to those movies through a director who I had worked with on a couple of things...Amy Heckerling.  She directed "Clueless."  And she worked on a lot of the "Saturday Night Live" stuff either as a producer or director.  She brought me into "A Night At the Roxbury." (1998)  And the other one was "Superstar" (1999) ...the Mary Katherine Gallagher movie.  Now, those were both fun.  A lot of good people to work with.  "A Night At the Roxbury" was fun and creative because we knew what the tone of the movie was gonna be.  It was like this disco kind of thing.  And we obviously had to get their signature song.  ("What Is Love" by Haddaway)  That was the first hurdle.  We had to make sure we got the rights to that song.  The song they always bobbed their heads to. (laughs)  And then after that, we had to fill out the movie with things that were in the same...we used to call it the same gene pool.  Music that was in the same gene pool.  We tried to put together a successful soundtrack and so we had to have some original things as well as some preexisting things.  So that movie was especially a lot of fun to work on.  And they varied.  Some of them were great experiences.  Some of them were less so.  I was very lucky to be able to find a career that kept me involved with music, even though I was not writing or performing it.  Both creatively and business-wise, I was very lucky to get that.
Casey Chambers:  And now you're back performing on stage again.  That's a great thing.
Elliot Lurie:  Yeah, since I kind of went into semi-retirement, I've had the opportunity to play and perform again.  And I do it from time to time now.  Not regularly because frankly, at my age, the travel really takes a toll so I don't travel too much.  But I have a couple things coming up.  I have a singer-songwriter kind of show that I do at small clubs.  I'm doing one of those here in L.A. this week that I'm really excited about.  I was in Mayetta, Kansas three weeks ago.  I did a private event.  And I did one at the Prairie Band Casino along with Felix Cavaliere from The Rascals and Mark Farner from Grand Funk.  So I was out your way about three or four weeks ago.
"Guardians of the Galaxy Vol. 2" / Opening Scene (2017)
Casey Chambers:  Oh, no way!  Up near our state capitol in Topeka.  That sounds like a lot of fun.
Elliot Lurie:  Yeah.  And I'm doing another one in December that I'm really excited about.  There's a show that I do every Christmas on the Jersey Shore.  There's a band there called Brian Kirk and the Jirks.  They're a really big Jersey band.  They have a full horn section and everything.  And I sit in with them every Christmas.  It's a fundraiser for local charities.  And this show, to celebrate our 50th anniversary, I am also having the original drummer and the original keyboard player from Looking Glass join me.  It will be the first time the three of us have performed on stage together in over 30 years. So, I'm very excited about that.  So anybody in the Jersey Shore area in December, check it out.  December 17th at the Count Basie Theatre in Red Bank, New Jersey.  It'll be a very New Jersey experience.
Casey Chambers:  What a special show that will be.  Before I let you go, how about recommending a few albums?
Elliot Lurie:  A few albums that I really love.  One thing that I was really excited about is the new 2022 reissue of the "Revolver" album.  Like most people my age...The Beatles changed my life.  And this version of the "Revolver" album has slightly different mixes and outtakes that are wonderful.  I listen to a lot of country music these days too.  I like country, although it's getting a little overproduced.  I  do like to listen to a lot of stuff that comes out of Nashville.  And I also highly recommend an artist named John Hiatt.  Whatever he puts out.  His albums are terrific.
Casey Chambers:  Off the top, what's a John Hiatt song you like?
Elliot Lurie:  There's one...it's an obscure one.  My wife hates when I play it because the first line is so unusual, and makes her cringe. (laughs)  It's called, "Ethylene."  The track is fantastic.  The words are cool as hell.
Casey Chambers:  Excellent.  "It's been a slow turning." (laughs)  Thank you for taking time to speak with me.  And for all the fine music.  It's been a real treat.
Elliot Lurie:  It was good talking to you, Casey.  Thank you and take care.
~~~~~~~~~~~~~~~~~~~~~~~
Official Elliot Lurie Website
Annual Brian Kirk and the Jirks Christmas Show (featuring Looking Glass)
Good stuff.
Casey Chambers
Follow Me On FACEBOOK
Casey at 1:07 PM