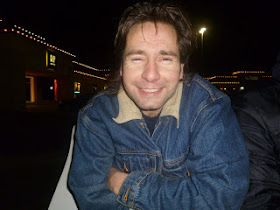 "Every book is a new book if you haven't read it!"
And so, let us begin. 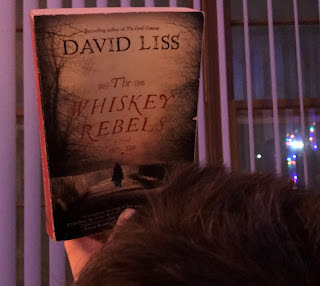 The Whiskey Rebels
by David Liss
(2008)
Historical fiction is spun near the time Alexander Hamilton was attempting to establish the country's first banking system.  Nasty goings-on between money manipulators and a few rebels who seek revenge.  Great characters throughout...all very easy to visualize with plenty of delicious mystery and suspense.
(full review) 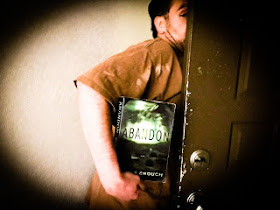 Abandon
by Blake Crouch
(2012)
Abandon was once a thriving mining town in the high mountains of Colorado, but then...poof.  The claustrophobic shadows rear their little heads and make for wonderfully uncomfortable times.  As does the urgency to be somewhere else.  Not Blake's finest, but the pages were well-flipped.  The snowy season ahead will make the perfect setting to curl and read.  (full review) 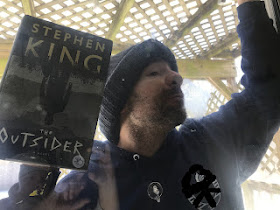 The Outsider
by Stephen King
(2018)
A terrible murder occurs and a couple of detectives find themselves caught up in an implausible conundrum of mystery.  The story is sprinkled nicely with a dose of Stephen King creepiness we've all come to love and expect.  A familiar character makes an "Easter Egg" appearance which is also very cool.  (full review) 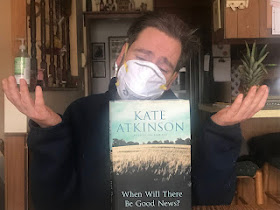 When Will There Be Good News?
by Kate Atkinson
(2008)
A crime fiction tale with weaving and winding backstories that seem almost random, but somehow come together down the homestretch.  Sometimes the author is just writing to be clever, but the intriguing pieces of mystery keep it afloat.
(full review) 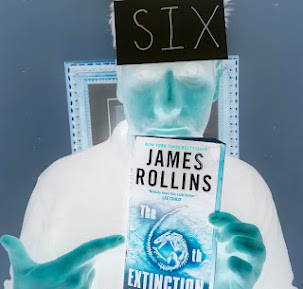 The 6th Extinction
by James Rollins
(2014)
James Rollins is a beast when it comes to doing his research.  He collects the facts and joins them with plausible ideas and unlikely scenarios to create stories with uncomfortably believable plots.  This time he dives into DNA and XNA and the strange concept of survival by extinction.  When I need some page-turning asskickery...I'll take all the Rollins you got.  (full review) 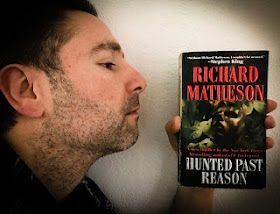 Hunted Past Reason
by Richard Matheson
(2002)
This a page-turning holy shit!  A novice of the woods joins up with a friend on a backpacking trip and it quickly turns into a dark journey into creepy psychopath-land.  An extremely mind-twisted cat-and-mouse game that is both psychologically and physically violent.  (full review) 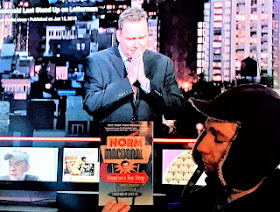 Based on a True Story
by Norm Macdonald
(2016)
Norm covers up the big hurts in silly exaggerations and wink-wink embellishments.  Maybe because that's easier than telling everyone how much some of the hurts...really hurt.  And still, the book is hilarious.  Stories are both sweet and funny, as well as bittersweet and funny.  All while avoiding those paint-by-number bio-celeb book cliches.
(full review) 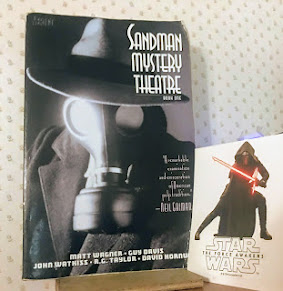 Sandman Mystery Theatre: Book One
by Matt Wagner, Guy Davis
Vertigo (2016)
In this graphic novel, Sandman is a crimefighter from the Golden Age of comics.  His only weapon is a sleeping-gas gun.  Yet as lame as that might sound, author Matt Wagner takes a crack at it by bringing us three stories filled with nitty-gritty helpings of some pulp noir panache.  It's the 1930s again and one to curl up with on a chilly evening.
(full review) 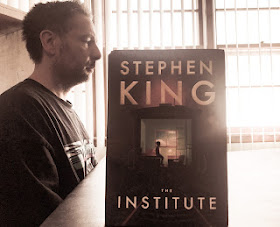 The Institute
by Stephen King
(2019)
Stephen King whips together another fine “kids“ story.  The kind he writes so well.  But the evil forces are not other-worldly clowns.  This time the evilness lies behind the walls and eyes of a few sadistic adults who help run a hidden, mysterious building.  The characters are well-written and the big reveal is a disturbing idea that gives one cause to pause.  (full review) 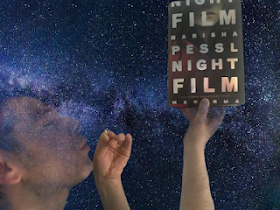 Night Film
by Marisha Pessl
(2013)
Not exactly horror, but the story does have an unsettling creepiness that leaves the reader on edge.  A journalist in this trippy tale investigates the apparent suicide of a famous horror director.  This page-turning mystery has a spooky, off-kilter aura where nothing ever feels quite right and makes for a frustratingly fun read.
(full review)
And that's it 'til next time.
"Every book is a new book if you haven't read it!"
Go out and get yourself one.
"I'm Reading A Book"  -  Julian Smith
Good stuff.
Casey Chambers
Follow Me On FACEBOOK
Casey at 11:04 AM