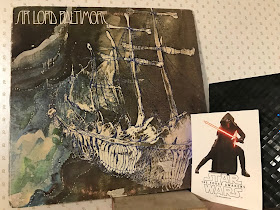 Get this album any way you can.  This is a box of fire-sticks!  And it's so much fun to spin.  Sir Lord Baltimore out of Brooklyn, NY and their nearly forgotten “Kingdom Come” album is about as close to the original crack in the Heavy Metal egg as very few bands can ever claim.  I can only imagine the number of bands influenced by this powder keg.  It might seem...almost tame for metalheads today, but this was 1970 and the early stuff.  Very few bands were making the earth and heads shake in quite the way SLB was laying it down.  And, my goodness, the frontman vocals for Sir Lord Baltimore are just killer.  Tag that along with all the clever riffing and power chording and blistering drumming.  And you've got yourself a band.  Even the psych-folk track that shows up midway is a welcome treat.  It's all a bit of a stoner's square and I really enjoyed it.

Sir Lord Baltimore was a bit of a pony-up for me. (Cheap-o me.)  But I had this album on my want list for quite a long time and just never could seem to find one in the wild.  I got my original copy online for $25 shipped.  A number I was comfortable with.  You see this album listed in the $30-$50 range on eBay all the time, but the dealer was asking $35 (obo) and I threw a number at him and he accepted.  “Kingdom Come” was not a bad offering in the least for 1970.  Not bad at all.  The band released one more album that I have yet to come across, but I hope to bookend ”Kingdom Come” with it someday.  I found this RnR fact pretty interesting.  Producer Mike Appel co-wrote all the songs on this album.  So what, you might ask yourself.   Well, Mike Appel later became Bruce Springsteen's manager!  ”Now give me some candy!” 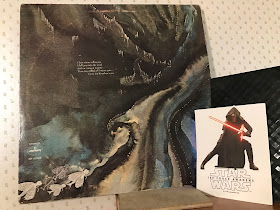 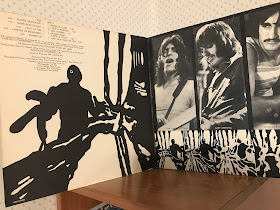 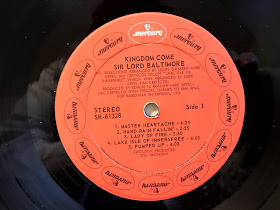