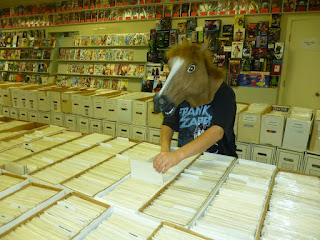 In grade school...Horse Head wanted to be an astronaut. He wanted the mad-skills of eating an entire slice of pizza in a single chomp ala Ninja Donatello.
And he also wanted to randomly "bounce through time...putting things right that once went wrong"...like Sam Beckett (and his friend, Al) in the early '90s sci-fi TV series, Quantum Leap.

Each comic was a complete story and almost like watching an episode...minus the commercials. The run was short...(13 issues + 1 special edition)...but they're pretty good, lightweight fare and still a fairly easy series to complete.

Issue #2
Sam leaps
into a prison
inmate on
death row.

Issue #5
Sam leaps
into a reporter
during a
UFO
scare.

Issue #6
Sam becomes
a teenage girl
whose sister
is in
danger.

Issue #12
Sam finds
himself
pumping gas
in the
middle of nowhere.


You came from out of the skies
Your skin and your eyes, the colors of bronze
The moon in your ear twinkled and shone
Soon you'll be gone.

Sailing out on the blue, your old man and you
Drifting along, leaving me here
Thinking it through
Soon you'll be gone.

Moving through my changes as fast as I can
Trying to bring a balance to me and the man
Part of me is screaming to say
I wannna be carried away.

From out of the skies
Your skin and your eyes, the colors of bronze
The star in your ear twinkled and shone
Soon you'll be gone. 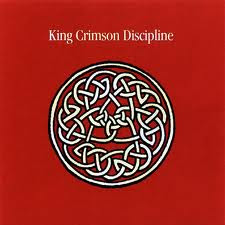 Seven years had passed since the legendary prog-floggers...King Crimson released a studio album. It was 1981. A different climate. And most thought the band was long-gone, boned, and buried.

"Discipiline" (1981) is a stunning must-own album filled with thrilling maneuvers...both powerful and innovative. And it still sounds amazingly fresh. 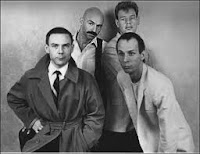 Robert Fripp, Tony Levin, Bill Bruford, Adrian Belew
Fripp spins one guitar web after another...but loosens the reins enough for the others to take their trip. And Belew, Bruford, and Levin sound inspired and dangerous. Lots of noise. No notes wasted.

Lost Gem:--> "Indiscipline"...has all the unnerving ramblings of a psychotic loner (it's something much more innocent) with Fripp and Belew shredding each others back with a guitar cat-o-nine-tails. Levin and Bruford let their own selves in. Begs repeated listening.
Have you heard this gem? 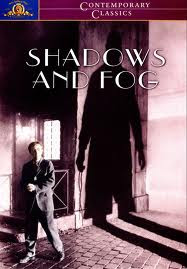 "Shadows runin full flight,to run, seek and hide."--> Rory Gallagher <--
Woody Allen (the actor) is the quirky conundrum wandering through much of his films as the self-doubting timid-timmy. Never sure what his next move should be or when it should be made.

Woody Allen (the director) doesn't have that problem."Shadows and Fog" is first and foremost a loving homage to the great b/w directors of lore. Fritz Lang quickly comes to mind...as does Bergman. Hints of Hitchcock and Fellini and others I'm sure I've forgotten. And it looks fantastic! 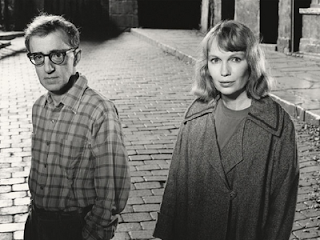 Initially panned, there was argy-bargy about the all-star cameos (I won't spoil their names) being a distraction and their talents being wasted. However, sometimes the passage of time has a way of toning down Hollywood Shine...and I found the casting (circa 20 years later) both entertaining and enjoyable.

"Shadows and Fog" is where danger haunts and mysteries hide. And glory waits its turn. 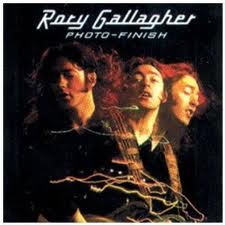 
In the flinty light, it's midnight, and stars collide
Shadows run, in full flight, to run, seek and hide
I'm still not sure what part I play,
in this shadow play, this shadow play

Sounds come crashing, and I hear laughing
All those lights just blaze away
I feel a little strange inside
A little bit of Jekyll, a little Mr. Hyde

Sounds come crashing, can I hear laughing?
All those lights just blaze away
I feel a little strange inside
A little Dr. Jekyll, a little Mr. Hyde