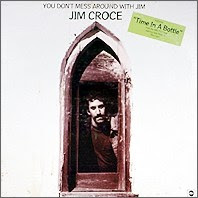 Jim Croce's breakout album was "You Don't Mess Around With Jim" (1972)...with the uptempo title track being his radio debut single. Three tracks from this album would become radio staples.

The next year, Croce's follow-up record..."Life and Times" (1973) quickly went gold with another three singles taking over the airwaves.

He had just finished recording the album..."I Got A Name"...that same year with plans of a holiday release. Barely a week out of the studio, after doing a show in Louisiana, Jim and longtime partner Maury Muehleisen would tragically be involved in a fatal plane crash. 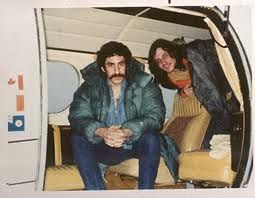 Made no difference whether you were a bruising truck driver or a scared young boy with a broken heart.  Redneck or longhair...it didn't matter.

He was one of us and he was singing our life.

LOST GEM:--> "New York's Not My Home"...is really about anyplace where we feel odd man out or last man picked. That place where the weight of all strange places and faces almost buries us.


Well things were spinnin' round me
And all my thoughts were cloudy.
And I had begun to doubt
all the things that were me.
Been in so many places.
You know I've run so many races.
And looked into the empty faces
of the people of the night
And something is just not right.

Though all the streets are crowded
There's somethin' strange about it.
I lived there bout a year
and I never once felt at home.
I thought I'd make the big time
I learned a lot of lessons awful quick
And now I'm tellin' you
that they were not the nice kind.
And it's been so long since
I have felt fine. 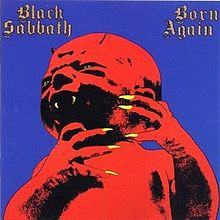 Ronnie James Dio had a good run as the first Ozzy replacement. (four albums...the first one being diamonds.). But near the end of his tenure... Dio (may he RIP) was sounding a wee-bit tired and uninspired. Hence he cut bait.

This allowed legendary screamer Ian Gillan of Deep Purple to be brought into the fold...(this move caused a nasty backlash from Sabbath fans...Dio wizards...and Deep Purple purists!)
After one album...Gillan left. 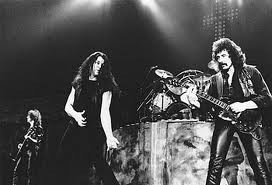 You stand there captain we all look
You really are mediocre
You are the champion in the Acme form book
But I think you're just a joker
Your freedom life ain't so much of a pity
But the luv-a-duckin' way you're walkin' around
The city with your balls and your head full of nothing
It's easy for you sucker but you really need stuffing.