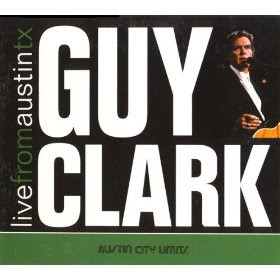 Guy Clark is a kool hoss singer/songwriter...and he is absolutely one of the best.

Crafting each song with a surgeon's steady hand and a rebel's defiant turn, it's no wonder other artists line up to cover his songs.

And "Live From Austin, TX" is a great Guy Clark introduction.

My father died when I was forty
And I couldn't find a way to cry
Not because I didn't love him
Not because he didn't try
I'd cried for every lesser thing
Whiskey, pain and beauty
But he deserved a better tear
And I was not quite ready

My hand burned for the Randall knife
There in the bottom drawer
And I found a tear for my father's life
And all that it stood for. 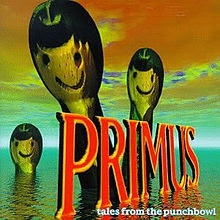 Primus unfairly lost a few followers when they began stepping outside of the imaginary genre thrust on them.

Like a sponge, they were drawing ideas from other styles of music. Not stealing...Pushing. Stamping the envelope and pounding it in the mail slot. This is fresh..wicked...smart stuff and well worth owning.


Wynona's got herself a big brown beaver
and she shows it off to all her friends.
One day, you know, that beaver tried to leave her,
So she caged him up with cyclone fence.
Along came Lou with the old baboon
And said "Recognize that smell?"
"Smells like seven layers,
That beaver eats Taco Bell."

Now Rex he was a Texan out of New Orleans
And he traveled with the carnival shows.
He ran bumper cars, sucked cheap cigars
And he candied up his nose.
He got wind of the big brown beaver
So he though he'd take himself a peek,
But the beaver was quick
And grabbed him by the kiwis.
Now he ain't pissed for a week.
(And a half!) 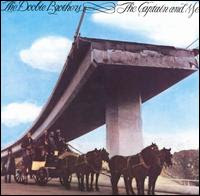 
The definitive Doobie Brothers album..."The Captain and Me" (1973)...is filled with their trademark twin guitar and twin drum assault. (This is pre-Michael McDonald stuff, babies...and that's a good thing!)

While Tom Johnston (vocals and guitar) was fronting the California band...the Doobs sounded like The Eagles on a Red Bull chug-fest.  Plus, they had a touch of Southern spirit in their sound.

With underrated Patrick Simmons adding to the fiery guitar churn...it was no wonder the Doobie Brothers were quickly endorsed by the wildest of biker clicks and chicks.

LOST GEM:--> "Dark Eyed Cajun Woman"...creates a mysterious vibe...with vocals and melody perfectly matched for the ride. Timeless and lures me to the car for leaving... Anywhere!  Windows down. Thunderstorms, be damned.


I think back to the time
When I first saw your face
You were walkin' across the delta
To your cold and lonely place
You know, I took you for a small girl
Really not quite seventeen
Oh, Lord, but I was wrong, oh so wrong
You're like a woman I've never seen.

Now the evenin' breeze is blowin'
I hear your voice most everywhere
Your cold, black eyes
They are dancin' in the starlight
Warmin' the cold night air
It's so beautiful, you know I have to say
Dark eyed Cajun woman
You'll never get away.