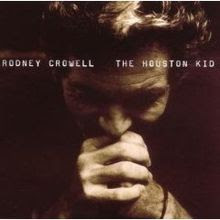 "I'm the perfect sample
of a bad example
gone forever from their graces."
--> Rodney Crowell <--


Since 1972, Rodney Crowell has been writing and performing great songs, yet somehow has always been one of Americana music's best-kept secrets.

(His rebellious nature at the direction mainstream country was taking probably had a lot to do with it.)

After signing with an indie label...Rodney made jaws drop and eyes raise with his brilliant release..."The Houston Kid" (2001). 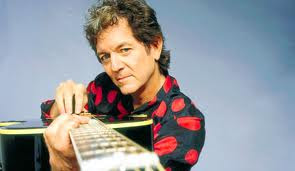 Quite simply, from beginning to end...RC...hangs the laundry out in the wind for all to see. The songs feel real...and personal. Fact or fiction? I imagine a little bit of both.

LOST GEM:--> "Highway 17"...This raw acoustic story song is filled with raw memories of bad people, bad deeds...and bad luck.  His chilling delivery is like a festering wound...and rides shotgun with the best.


I put away fifteen grand doing one-night stands
mostly liquor stores and fillin' stations
Me and this peepin' Tom by the name of J.D. Swan
and any number of his odd blood relations
This was armed robbery 1957
and mostly our getaways were clean
Then I'd pay off the boys
and bury my bread out on Highway 17

I had five kids and a wife with one dress
and a yard full of cars that wouldn't run.
My two oldest boys they were on to my noise
they despised what their daddy done
But I did my thing the best I could
making plans by the light of day
And then night would fall and it was time to call
and I was always on my way

Now J.D. he was crazy and he was inbred
he drank whiskey like it was goin' out of style
You know I should have seen it coming the writing was on the wall
he was getting just a little too loose and wild
And he made his mistake out on Airline Drive,
you know those North Houston cops are quick
They blew a hole in J.D. the size of Dallas
and put a lump on my head with the brunt of a nightstick

So I served my time only way I knew how
thinking big and making plans
All about the way I was gonna change the world
when I get my hands on that 15 grand
You know C.W. and Herschel my two oldest boys
they took care of their momma and their little sisters
the best way that they could
Dealing dimes and stealing hubcaps
you know pretty soon they were doing good
So I walked out those prison gates a free man
on the first day of November 19 and '63
I kissed my wife and I hugged my babies
but they didn't seem the same to me

You know the boys looked on they were already grown
it was written across their eyes and their faces
I'm the perfect sample of a bad example
gone forever from their graces
But baby six long years and a lot can change
many miles beyond your wildest dreams
But a six-lane wide modern interstate ride out on Highway 17.
Lord they sunk my ship 'neath a concrete strip out on Highway 17.
Man they broke my back they built a concrete track out on Highway 17.
Well, you know it ain't funny but they buried my money out on Highway 17. 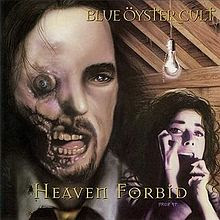 
I've always been a fan of Blue Oyster Cult.

But sometime in the eighties, BOC sorta fell off my rocknroll radar after back-to-back (to back)...dud releases.

It was only by lucky accident, I stumbled upon their "Heaven Forbid"(1998) CD and was able to take it with me on a 3 hour Tulsa road-trip.  Surprise!

LOST GEM--> "Damaged" <-- is classic Buck Dharma with an agenda. Bruising churn & burn riffs quickly push a left-of-center intro out of the way.
Hey, I admit it. I thought this band was over the hill.
But these cemetery chord bangers are fit...and don't they know it.


Wish I was a better person
With more control
Turn the other cheek
When the punch comes, roll
Wish I was a kinder person
Could see the others pain
Not overreact, never judge
Shrug off the spreadin' stain

Yeah, I told girlfriend I was gonna change
Gonna kick the habit and the taste
Trust me baby, this time it's real
There's a big part of me I've yet to waste
Don't give up baby, don't turn your back
I ain't no wailin' lost cause
I'll toss the pipe and heal the tracks
As long as you don't mind the blood
On my hands, drippin' down the back that's right