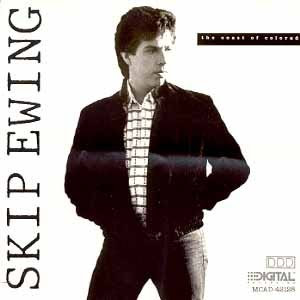 
Skip Ewing...is a highly respected songwriter...mostly hidden in the shadows, while great artists from George Jones to George Strait record one song of his after another.

But sometimes an original songwriter's interpretation cuts close to the elusive truth. When this happens...best to just stand out of the way.

On this one...this clever rascal captured a genie.

Lost Gem:--> "The Gospel According To Luke"...Skip Ewing's strength is seeing great things in small moments.  And making them great, too.
A sweeter, gentler song...you'll be hard-pressed to find.
And it's okay to occasionally push the RnR aside. When it feels this good.

So I bought him breakfast at the Daylight Cafe
Biscuits and gravy, hot coffee, and eggs
He was hungry and ragged, hadn't eaten in days
But I was the one there who felt out of place
When he folded his hands, bowed his head, and said grace

A week ago Wednesday, I saw him again
Downtown at the mission, surrounded by friends
Handin' out all the change he'd collected that week
Sayin' you boys might need this a lot more than me
I try hard to practice the words that I preach.

He was an old hand at livin' and makin' his way
He smelled like old whiskey and he needed a shave
His home was an alley off 8th Avenue
If you had a minute or an hour or two
He'd tell you the Gospel according to Luke. 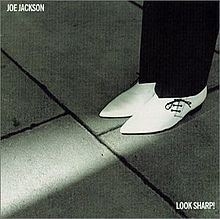 
In 1979, Joe Jackson hit the States with one of the best albums of the year.

Filled with venom and attitude...Jackson was quickly labeled... along with Costello and Parker as being "The Angry Singer-Songwriters".

Joe Jackson would later evolve into much broader musical stylings than one single label could define.

But Jackson's..."Look Sharp"...is the CD I reach for when I need a heavy dose of familiar frustration. 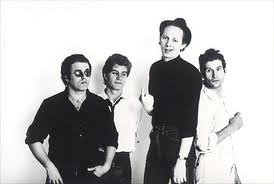 Lost Gem:--> "One More Time"...and the ground rules are set. Gary Sanford's guitar jumps out from the speakers like a runaway town-crier.   Graham Maby catches up with some wicked talented bass-bombs.

Both clear the way for the deliciously pissed-off Joe Jackson and his cynical...sarcastic vocals.  This was new-wave-rock at its finest. Aggressive...catchy...with a stinging left hook and a point!